GARDEN GROVE police shot a man who allegedly struck one of the officers with a car early Sunday morning.

One man was hospitalized early Sunday morning and a police officer suffered minor injuries in a shooting incident in Garden Grove. 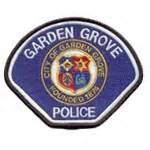 According to Lt. Carl Whitney of the GGPD, the incident started around 12:30 a.m. at the Grove Motel at 9821 Garden Grove Blvd. Two officers on foot patrol in the north parking lot of the motel were checking parked cars and spotted three people in a parked white Honda Accord.

The officers were speaking to the occupants when the car roared away, striking one of the officers. Police opened fire and the driver – identified only as a white male – was struck three times. The two passengers, a man and a woman, were not hit.

Medical aid was rendered to the driver and the passengers were detained. Garden Grove Fire Department paramedics were called, rendered aid and the suspect was treated and sent to a local trauma center. His medical condition is unknown.

The officer hit by the car suffered minor injuries and was taken to a local hospital where he was treated and released.

As is protocol, the Orange County District Attorney’s office, along with the GGPD, is conducting an investigation into the incident. The passengers were not arrested. The investigation is ongoing.