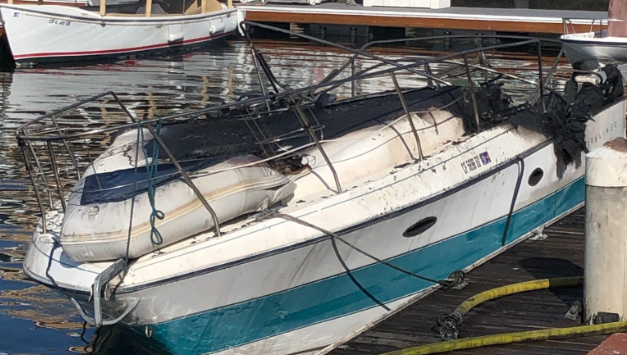 A YACHT was damaged by fire in the Huntington Harbor area Saturday afternoon (HBFD photo).

Even when you’re surrounded by water, there’s still a danger of fire.

On Saturday afternoon in Huntington Harbour, a  blaze broke out on a yacht at a slip in the area of 16500 Wanderer Lane.

According to the Huntington Beach Fire Department, the alarm was sounded at 4:52 p.m.  Units from the HBFD and Orange County Sheriff’s Harbor Patrol responded and found the 25-foot ship fully involved in flames.

The fire was confined to the craft and was extinguished without damage to other areas of the marina.