A 22-YEAR-OLD Garden Grove man is scheduled to be sentenced on Friday for the murder in the 2016 shooting death of a Garden Grove woman (Shutterstock).

A man convicted in January of murder in the 2016 fatal shooting of a woman in Garden Grove is scheduled to be sentenced on Friday.

According to the Orange County District Attorney’s office, Nathaniel Joseph Liscano, 22, of Garden Grove is scheduled to appear at the Central Justice Center in Santa Ana at 9 a.m. He faces a potential sentence of 50 years to life in state prison. 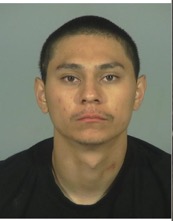 On Jan. 30, he was convicted of one felony count of first degree murder with a sentencing enhancement for personal discharge of a firearm causing great bodily injury or death.

According to the OCDA, on Aug. 24, 2016, Liscano went to a home in Garden Grove. After a verbal and physical altercation between the victim, Kellie Nichol, and the defendant’s mother in front of the residence, the defendant pulled out a gun and shot the victim in the face and chest.

Nichol attempted to run away after the initial shots, but Liscano chased her and shot her three times in the back. After he shot the victim, the defendant fled the scene.

Police were called by a witness shortly after the shooting. The victim died at the scene as a result of multiple bullet wounds.

The crime was captured by a home surveillance system, which showed Liscano’s face during the incident. The defendant fled to Corpus Christi, Texas, where he was arrested by the U.S. Marshals Service on Sept. 13, 2016. The Garden Grove Police Department investigated this case.