“Person of interest” is sought by police

POLICE are investigating the stabbing death of a woman in Garden Grove (Shutterstock).

UPDATE: A “person of interest” is being sought by police in the aftermath of the fatal stabbing of a woman in Garden Grove. 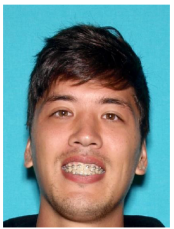 According to the GGPD, the woman is identified as Vivian Wolff, 62, of Garden Grove.

The person of interest is Jonathan Michael Warner, 28, the son of the victim. He had been sharing a rented room with his mother at the location of the incident in the 14000 block of Flower Street.

Police say that Warner has not been seen since Aug. 2 and is considered a person of interest because “his safety has not been determined.” The last time the victim was seen alive was Aug. 3 at 9 p.m.

According to Sgt. Luis Payan, officers responded to a call of a body in the 14000 block of Flower Street around 9:43 p.m.  The victim – described only as female adult Asian – was in a bedroom of a home with stab wounds.

Details, such as her identity, her relation to the home and any suspect information are unknown. Further information will be forthcoming, according to Sgt. Payan, as the investigation continues.