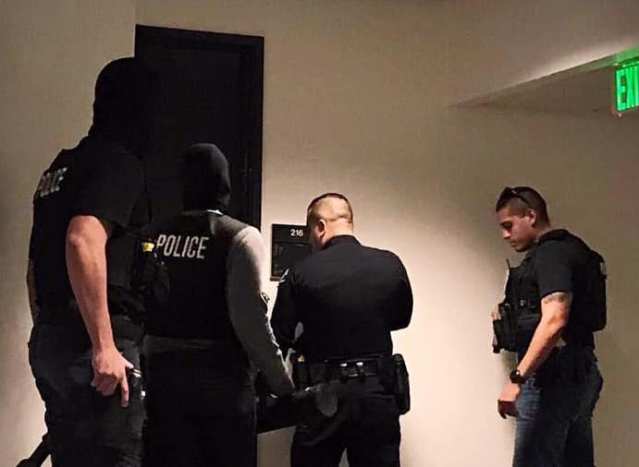 GGPD officers about to serve a search warrant on a gambling den in West Garden Grove (GGPD photo).

An illegal gambling operation was raided this weekend by Garden Grove police, resulting in one arrest and the seizure of gambling machines and stolen items.

According to the GGPD, the operation was in a building on Valley View Street in West Garden Grove. Several weeks of investigation to identify suspects preceded the serving of a search warrant.

Two people were found inside, along the eight gambling machines and two large “fish” style gambling consoles. Police also recovered several items stolen from local businesses that were being used as prizes.

The person allegedly operating the business was arrested and the stolen items and gambling machines taken by police.