Hillary Clinton will present her case to the nation Thursday evening when she makes her acceptance speech on the last night of the Democratic National Convention in Philadelphia. Her comments will be preceded by a speech by her daughter, Chelsea Clinton. The former First Lady and Secretary of State was warming endorsed 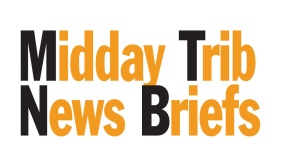 Wednesday night by President Barack Obama in an address that was well-received in the convention hall and by the news media. A signature line was when some booed the name of Republican nominee Donald Trump, his replied with “Don’t boo. Vote.” Mrs. Clinton appears to be getting a bit of a bounce from the convention, so far. The latest Rasmussen Reports poll, which is believed to lean conservative, shows her back in the lead over Trump by 43 to 42 percent. Real Clear Politic’s average of polls puts Trump still in the lead by 0.9 percent, while the liberal Huffington Post has her up by 2.3 percent.

TRUMP: BEING “SARCASTIC” ABOUT RUSSIA AND E-MAILS

Russian government to find and release e-mails that Hillary Clinton deleted during her service as secretary of state. Speaking on the “Fox and Friends” TV program, he said that Democrats were deliberately misunderstanding his meaning as a way of deflecting criticism of Clinton and her use of private computer server. Trump has taken criticism himself for what critics say is his invitation to a foreign power to interfere in an American election.

MAN WHO SHOT REAGAN TO BE RELEASED

John Hinckley, Jr., the man who shot President Ronald Reagan in 1981, could be released from a psychaitricy hospital as soon as Aug. 5, according to the Associated Press. Three other people were wounded in the attack. A judge on Wednesday ruled that Hinckley could live with his 90-year-old mother. He was found not guilty of attempted murder by reason of insanity. In his defense, Hinkley said he shot Reagan in an attempt to impress actress Jodie Foster.

The decision by the U.S. government to name North Korean leader Kim Jong Un in its sanctions of that nation amount to a declaration of war, according to a top diplomat of the Communist nation. According to the AP, Han Song Ryol of the Foreign Ministry of the Democratic People’s Republic of Korea, that move, along with planned joint military maneuvers by the United States and South Korea planned for August had put relations between Washington and Pyongyang on a war footing.