Pedestrian is hit, killed by automobile

A TRANSIENT died after being struck by an automobile Wednesday in Huntington Beach (Shutterstock),

One person was killed in a car vs. pedestrian accident Wednesday night in Huntington Beach.

According to Motor Sgt. Joshua Page the incident took place around 10:28 p.m. at the intersection of Beach Boulevard and Ronald Drive between Talbert and Newman avenues, not far from Huntington Beach Hospital. 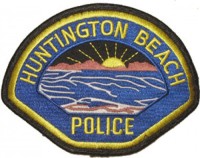 Arriving officers found a white 2014 Toyota Prius, its driver – a 19-year-old man from Huntington Beach – and an unidentified male transient.

The Prius was southbound on Beach when it struck the pedestrian, who was walking eastbound from Ronald Drive. He suffered extensive injuries and was pronounced dead at the scene.

According to HBPD, the driver remained at the scene and cooperated with the investigation. The influence of alcohol or drugs is not suspected.

Anyone with information about the collision is asked to call HBPD Traffic Investigator Adam Turner at (714) 536-5670.