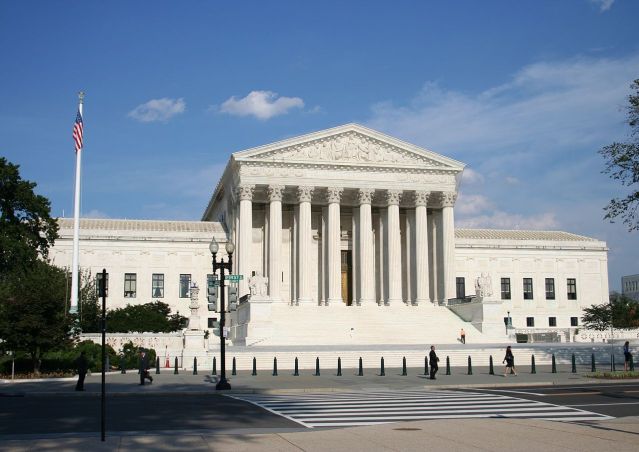 The U.S. Supreme Court on Monday voted 5-4 to overturn a Louisiana law that would have shut down nearly all abortion clinics in the state.

The law in question would have required admitting privileges at a hospital no further than 30 miles from where the abortion would be performed, according to United Press International.

Justice Stephen Breyer wrote the majority opinion, stating that the law offered no “significant health benefit” and created a “substantial obstacle” to abortion, citing a 2016 decision banning laws that create “an undue burden” on patient’s rights.

Trump “not briefed” on bounties on U.S. troops

White House press secretary Kayleigh McEnanay told reporters on Monday that President Donald Trump had not been briefed on intelligence reports claiming that the Russian government offered bounties on the lives of American troops in Afghanistan to militants believed to be supported by the Taliban.

According to the Associated Press, she said the president has still not been briefed because the information hasn’t been “verified.”

House Speaker Nancy Pelosi said that the allegation “is as serious as it gets.”

It was a good Monday, Monday

New cases of coronavirus in the U.S. are up sharply over a 14-day range, but deaths from COVID-19 are down, according to The New York Times. New cases are up 76 percent, but new deaths declined by 26 percent.

Back to the usual weather suspects

Yes, it sprinkled a little on Sunday, but it looks like it will be a while before any rain revisits West Orange County. Tonight (Monday) will be mostly cloudy with a low of 62, according to the National Weather Service, with southwest winds. The rest of the week will be in the mid 70s by day and nights in the low-to-mid 60s.