They’re off and running for 2020 races

THE 2020 elections are rough around the corner, even for some local races (Shutterstock).

The lineups for elections in West Orange County are set for the March 2020 election, and will include a lot of familiar faces.

Yes, it’s election time again, with the state 2020 primary election set for March 3, 2020. The national campaign for president will soon by joined by city, state and county elections. 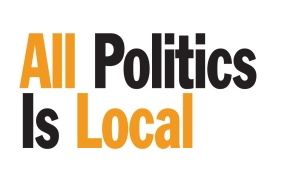 Here are those who successfully filed for major local posts, according to the Orange County Registrar of Voters.

The above lists include several people who are serving or who have served on local city council.

(Thu-Ha) Diedre Nguyen, also elected in 2016, is the councilmember from Garden Grove’s District 3. Janet Nguyen – most recently a state senator– started her political career in 2004 as the second woman ever elected to the Garden Grove City Council.

Tyler Diep served on the Westminster City Council from 2008 until elected to the Assembly in 2018.

Under California’s open primary system, the top two vote-getters – regardless of party – in the March election will square off in November.

“All Politics Is Local” will appear from time-to-time throughout the 2020 election season. Candidates are encouraged to send The Tribune news about campaign rallies, fund-raising and endorsements.