Masks or vaccine: which is better? 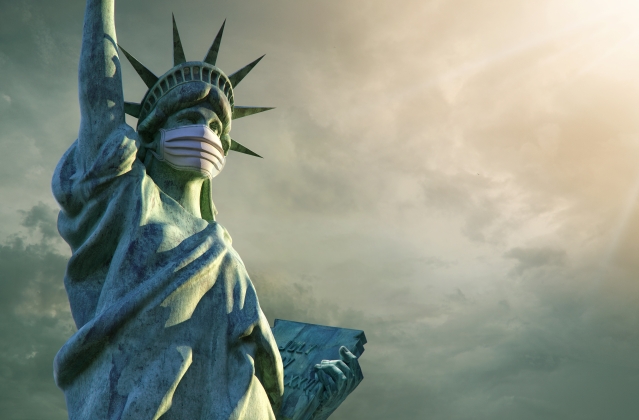 PRESIDENT TRUMP and the top CDC official differ on the relative benefits of masks vs. vaccine in fighting the coronavirus (Shutterstock).

Face masks may be a more important weapon in the battle against the coronavirus pandemic than a vaccine or other means. That’s the word from Dr. Robert Redfield, director of the U.S. Centers for Disease Control

Speaking before the Senate Appropriations Committee, he called face coverings “the most powerful public health tool we have to” battle COVID-19 and prevent its spread.

“I appeal to all Americans to embrace these face coverings,” he said, according to United Press International. He went on to explain that a vaccine – as yet unavailable ­with 70 percent immunity may not protect a person from infection as well as a mask.

As for the vaccine, he predicted “summer or early autumn 2021” would be a likely schedule for when most Americans could receive the vaccine.

But President Donald Trump fired back, saying, “I saw that statement – I called him. I said, what did you mean by that, and I think he just made a mistake.” He also said, “the mask is not as important as the vaccine. The mask, perhaps, helps.”

Hurricane Sally landed in Alabama along the Gulf Coast and worked its way east through the Florida Panhandle Wednesday, dumping enough water on the area to send floodwaters splashing through the region.

According to the New York Times, roads became rivers, cars were underwater and barges were sent floating, one of them crashing into the Pensacola Bay Bridge. Floodwaters are estimated at five feet high in some places, and as much as 35 inches of rain could fall on cities along the coast.

In the news: The Big 10 is back in October 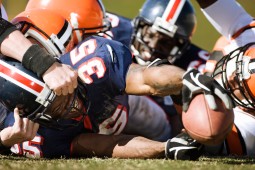 THE BIG 10 will play football this fall (Shutterstock).

play football this fall, but will instead play a shortened season in fan-less stadiums starting Oct. 23 and 24. That leaves the Pac-12 Conference the only one of the five “power conferences” not playing this fall … so far. • Two of the three major stock indexes fell into red ink today. The Dow was up 36.78 points, but the S&P 500 declined 15.71 points and Nasdaq fell 139.85 points. • A survey released today suggested that most younger Americans – perhaps as many as two-thirds – were unaware of the mass murder of Jews during the holocaust.  According to the Millennial Holocaust and Awareness Survey, 63 percent of young adults “weren’t aware of the death toll” of the Nazi mass murders of European Jews. Eleven percent blamed the killings on Jews.

Poor air quality in West Orange County will continue at least through Thursday. The National Weather Service is forecasting widespread haze, with a high Thursday near 86, with light winds. Friday should see patchy fog in the morning, then sunny in the afternoon with a high of around 87. AirNow.gov. is predicting air quality that’s unhealthy for sensitive groups throughout the area.

Here is today’s schedule of games involving area pro sports teams. Times are Pacific. Scores will be posted as they become available.