The bigotry of the pious in politics 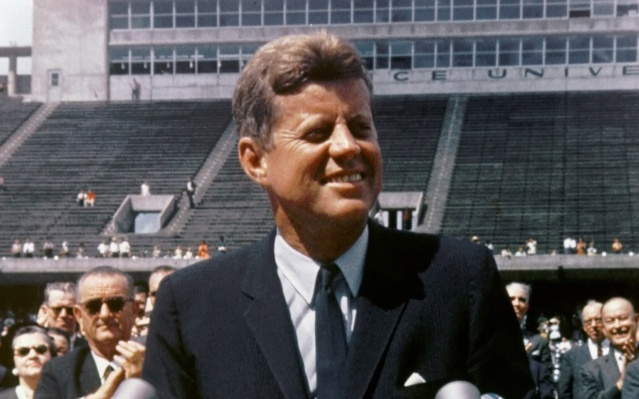 For a man who doesn’t read a lot, President Donald Trump sure has been influenced by history. What’s amazing about the days of yesteryear is not just that we keep repeating their errors, but that these mistakes move so seamlessly through time, the past being prologue and all that Shakespeare stuff.

So it is with the defining tradition of bias in the United States. There is no group we haven’t hated and abused: ethnic groups, racial groups, gender groups and, of course, religious groups. Our intolerance casts a wide net.

Does anyone remember that John F. Kennedy was the first Roman Catholic president? Why was he the first? Because of anti-Catholic bias. In spite of the fact that there were 42 million Catholics in the country in 1960 — 16% of the population — there was a prevalent belief that any Catholic politician would owe his first allegiance to the Vatican.

It worked. John F. Kennedy was elected the 35th president, overcoming the Catholic issue and a strenuous opposition from many prominent Protestant clergymen, among them Norman Vincent Peale.

Guess who was the Trump family pastor as Donnie was growing into Donald? Yup: Norman Vincent Peale, who was the lead cleric at New York’s Marble Collegiate Church, where the elite formed a large part of the congregation and where the Trumps liked to be seen when the occasion suited.

Trump also apparently learned a lot about intolerance. Where Peale led the charge against a Kennedy because of a claim he’d be taking orders directly from Rome, as all Catholics do, President Trump has assumed that all Jews in this country have an overriding allegiance to Israel. Period.

He has tried to pander to his perception of Jewish sensitivities, taking advantage of the fact that some Democratic congresswomen have been outspoken in their opposition to the Israel government. He doesn’t even try to hide it, stating more than once: “In my opinion, if you vote for a Democrat, you’re being very disloyal to Jewish people and you’re being very disloyal to Israel.”

More than a few people find that to be anti-Semitism, including many Jewish leaders, like the Anti-Defamation League’s Jonathan Greenblatt, who said he was “staggered to have to deal with this kind of statement.” Typically, Trump doubled down, following up by quoting a longtime right-wing conspiracy theorist, Wayne Allyn Root, as saying the Jewish people in Israel love Trump “like he’s the King of Israel … the second coming of God.”

So let’s see now, all Roman Catholics owe their primary allegiance to the pope, all Jews to Israel, and all must worship Donald Trump.

Speaking of King Donald’s history, let us not forget who his lawyer and mentor was: Roy Cohn, who taught Trump self-serving ruthlessness. Before he latched on to young Donny, Cohn had been chief counsel to Sen. Joseph McCarthy. Yes, that Joe McCarthy, whose red-baiting hearings still stain our political history. President Trump is a stain in progress.