Tet parades and festivals are on tap

The week starts with an observance of the birthday of civil rights hero Dr. Martin Luther King, Jr. and concludes with the Tet holiday. Here’s our look at that and what else is happening in the area of Garden Grove, Huntington Beach, Stanton and Westminster.

THE HOLIDAY:  Most public buildings – excepting those with emergency services – will be closed Monday, as will most schools. 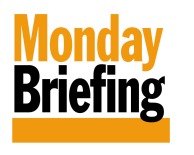 WEATHER:  Clouds will be with us through Wednesday, turning sunny on into the weekend. Highs in the mid 60s rising into the low 70s.

ENTERTAINMENT:  Opening this weekend at the Rose Center Theater in Westminster is a production of “Gypsy,” with performances Friday, Saturday and Sunday.  It’s presented by Musical Theatre Academy of Orange County.

Concluding this weekend at the Westminster Community Playhouse is “An Inspector Calls,” with shows Friday through Sunday.

Films in release this week at local cinemas will include:

MEETINGS: The Huntington Beach City Council meets on Tuesday at 6 p.m. Topping the agenda is an update on the Ascon landfill site and a proposed ordinance banning weapons and devices than can be used as weapons from protest marches and demonstrations.

Also this week is a meeting of the Garden Grove Unified School District Board of Education on Tuesday at 7 p.m. which will include athletic recognition and consideration of ratification of a tentative agreement between the GGUSD and the bargaining unit of the Garden Grove Education Association. Additionally, the Westminster Planning Commission will meet on Wednesday at 6:30 p.m. with the topic of a public hearing on a recommendation to the city council of a ban on short-term rentals (less than 30 says) of residential property.

DEADLINE: Thursday, Jan. 23 is the last day to submit completed nomination papers to run as a replacement for any of the three members of the Westminster City Council facing recall in the April 7 election.