In a pandemic, how will we vote? 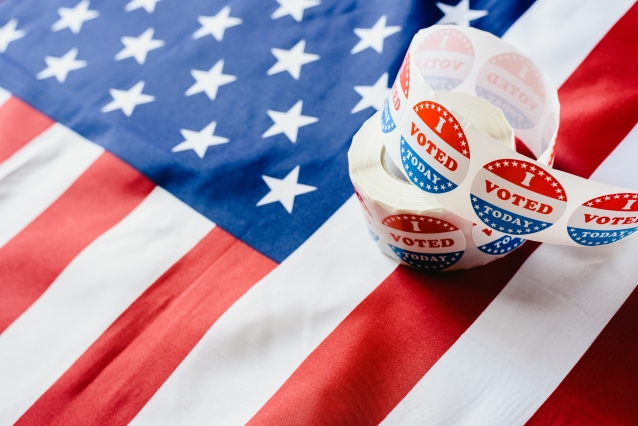 IN WISCONSIN, a political struggle is underway over whether to hold the April 7 primary via in-person voting or by going to mail balloting (Shutterstock).

UPDATE: In-person voting it will be. A special Saturday session of the state legislature was opened and closed within seconds by the Republican leadership, probably guaranteeing that the governor’s plan to shift to by-mail voting would not go into effect. The GOP leaders will also sue to block a lower court ruling expanding absentee voting in the state.

The struggle against the spread of the coronavirus is taking on a political aspect as Democrats and Republicans duel over voting by mail and other changes in traditional balloting.

In Wisconsin where a presidential primary election is scheduled for Tuesday, April 7, Democratic Gov. Tony Evers is advocating an all-mail election with absentee voting going into May. Republicans want to keep the familiar in-person voting.

Absentee voting used to favor conservatives but adding by-mail voting has tipped the advantage to the Democrats in some states.

The problem is complicated by the shortage of volunteer poll workers in a state where there’s a stay-at-home order.

Republican leaders have vowed to take the issue to the U.S. Supreme Court.

In a telephone conference call with leaders of major American sports operations, President Donald Trump on Saturday expressed his hope that the National Football League will be able to kick off the NFL season on Sept. 10.

According to the Associated Press, the president expanded on the theme of bringing athletics back.

California Gov. Gavin Newsom sounded less optimistic. “I’m not anticipating that happening in this state,” he said. The Golden State has more NFL franchises than any other state – the 49ers, Rams and Chargers – and is under a “stay-at-home” order that bans large gatherings.

Ventilators for New York from China and Oregon

One thousand donated ventilators are on their way to the embattled state of New York from China and another 140 from Oregon.

The Empire State – and especially the New York City area – is ground zero for the nation’s biggest cluster of confirmed coronavirus cases. Over 3,500 deaths have been reported in the state and over 1900 of those in that metro area.

“We’re all in the same battle here,” said Gov. Andrew Cuomo, who has issued a plea for the important medical device.